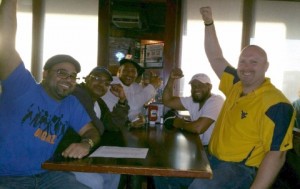 Workers from a company called Chemson located in Philadelphia, Pa., recently voted to join the ICWUC/UFCW. Back in February, workers came together and decided to have a union voice on the job after experiencing problems with wages and hours from the company. If a worker made a mistake on the line, the company would punish the worker by docking their wages and not paying them for the hours they worked. They were also seeking respect on the job and improved health and safety standards after several workers experienced back and other injuries. Workers reached out the ICWUC/UFCW because they knew that being part of a union and bargaining a good contract was the best way to resolve their workplace issues.

During the campaign, workers wore buttons, held meetings, and had tote bags to support the campaign and voting to have a union voice. Workers have already formed a negotiating committee and bargaining is expected to start in the next month. Workers at the plant produce additives for PVC pipes that are commonly used in the construction industry for cables and flooring.