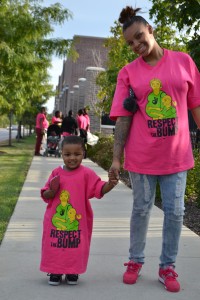 Women’s History Month is the perfect time to reflect on how far women workers have come, but it should also serve as an important reminder that women are still not always treated equally in the workplace.

The United States is the only industrialized country that doesn’t guarantee paid maternity leave. Only nine countries don’t have laws that guarantee some paid leave for new mothers: the Marshall Islands, Micronesia, Nauru, Niue, Palau, Papua New Guinea, Suriname, Tonga — and the U.S.

Although there have been many improvements in labor conditions for women in recent years, paid maternity leave is unattainable for countless women working in the U.S. Many progressive organizations, worker groups, and unions are fighting to change that.

Jessica Milli, a senior research associate at the Institute for Women’s Policy Research (IWPR) has also noted that “women still take on a disproportionate part of the care burden and have to take more time off. This has huge implications for their earnings, and their overall experience in the workplace.”

Thanks to worker activism, some employers are seeing the value in providing more paid maternity leave for their female employees, and are realizing that they are far more likely to retain their staff by doing so.

At Walmart, there is still much work to be done in regards to getting better treatment for pregnant workers. In response to unethical and potentially unlawful treatment of pregnant workers and the widespread financial hardship forced onto working women at Walmart, Walmart moms formed together to create the group Respect the Bump.

Since banding together they have called for Walmart to publicly commit to better pay and protections at the country’s largest employer of women. With the support of the country’s leading women’s rights advocates, the group developed a list of urgent policy changes the company must make to ensure that the women who are helping the company profit are not living in poverty or putting their health at risk.

Thelma Moore, a member of Respect the Bump, was fired for taking time off to ensure her pregnancy was viable after an in-store accident. “Walmart could be paving the way for good jobs for working moms like us,” said Moore. “Instead, we’re fighting for bathroom breaks when we’re pregnant and steady schedules that let us get reliable childcare and put food on the table.”

The mothers of Respect the Bump are still working hard to advocate for better treatment, but in early 2014 their efforts paid off when Walmart quietly overhauled its pregnancy policy to provide basic accommodations for employees experiencing complications with their pregnancies, in a shift that could ease the way for hundreds of thousands of its other female employees who could have babies down the road.

Women’s History Month is the perfect time to reflect on how far women workers have come, but it should also serve as an important reminder that women are still not always treated equally in the workplace. For women, belonging to a union helps ensure a level playing field, protect against gender discrimination, and provides greater benefits than non-union counterparts.