Recently, more than 100 labor supporters marched through the streets of Park Slope, Brooklyn to show solidarity for workers at a neighborhood car wash. Eight workers of Vegas Auto Spa have filed a federal lawsuit against their employer, and have been on strike for more than a month.

“We’ve been on strike for over a month now. The owner has closed, locked the door on us, and you know, we’re going to be on strike until the owner recognizes that we have a union here,” said worker Luis Garcia, through an interpreter.

Workers filed a federal suit against the car wash last month, alleging they were paid less than minimum wage. The suit demands $600,000 in overtime and other back wages. 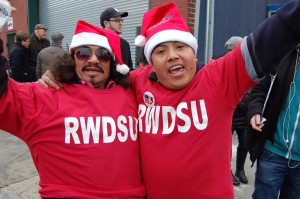 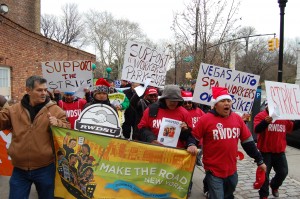