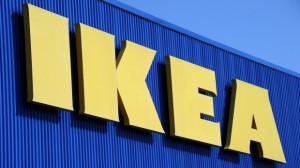 At IKEA, workers from stores across the country have been coming together in a campaign to change the corporate practices that deny workers full-time positions.

Whether at Walmart or IKEA, a part-time job is never enough to support a family. At IKEA, workers from stores across the country have been coming together in a campaign to change the corporate practices that deny workers full-time positions. Worker organizing has already begun to see results with IKEA announcing higher starting wages. But for working parents like Martina Morgan in Renton, Wash., the fight will not be over until she secures enough hours on the schedule to support her family.

Martina Morgan, a single mother who works at IKEA Seattle, told the Wall Street Journal about deciding which bills to skip after IKEA cut her hours to 20 per week. Martina needs at least 35 hours each week to earn enough to provide for her two children. If she could get full-time hours, she would be able to pay for an after-school computer class for her teenage son to keep him off the streets while she is at work.

The hard work of IKEA workers like Martina and her coworkers have helped IKEA grow into the world’s largest furniture retailer. But their families struggle when IKEA chooses to hire new part-time employees rather than offer current employees full-time hours. It’s time for IKEA to give back by investing in their workers because every IKEA worker should have the dignity of full-time employment.