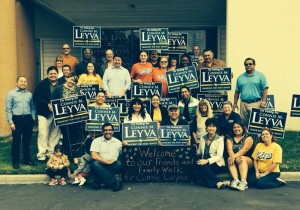 Connie Leyva, President of UFCW Local 1428 in Claremont, Calif., was elected to the California State Senate last week. She will be representing the people of Senate District 20.

Having first joined UFCW Local 1428 as a grocery worker while she was still in high school, Connie has spent much of her life fighting to ensure workers are given the fair shot at success that they deserve.

Her campaign for State Senate was centered upon providing the people of the Inland Empire with good jobs, safe neighborhoods, and an education system that offers both quality and affordability – all things that she has long advocated for as President of UFCW Local 1428.

Connie’s wide margin of victory – 25% – proves that a campaign built upon the concerns of working families can translate to great electoral success. It inspires all of us to stand up and be vocal about what we believe in.

Connie is the champion that workers in California deserve to have in Sacramento.