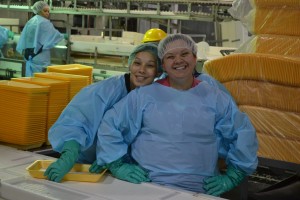 Last week, OSHA exercised its seldom-used “general duty clause” of the Occupational Safety and Health Act to protect poultry workers from workplace injuries or death.  In response, the UFCW issued the following statement:

“The UFCW applauds OSHA’s decision to use the “general duty clause” to protect poultry workers from dangerous workplace conditions, including exposure to unsafe machinery, risk of falling and musculoskeletal hazards.  The UFCW also commends OSHA’s efforts to look into practices that result in the failure to manage the medical treatment of injured poultry workers and maintain an accurate record of those injuries, resulting in an artificial injury and illness rate that is used to benefit the poultry industry at the expense of the safety of its workers. The UFCW believes that the safety awards presented by the National Chicken Council and other industry groups to member poultry companies for outstanding safety performance should be reconsidered since OSHA’s findings show that the poultry industry has the ability to conceal the extent to which poultry workers suffer from work-related injuries and illnesses.

“The UFCW represents workers at poultry plants across the country, and our union has called attention to the many dangers poultry workers face every day, including ergonomic health hazards.  While the UFCW has been successful in curbing some of the workplace abuses in this industry, too many poultry workers do not have a collective voice on the job and continue to toil in low-wage jobs that threaten their health and safety.

“All poultry workers deserve better workplace conditions, and the UFCW urges OSHA to establish a National Emphasis Program to protect poultry workers from the health and safety hazards that are specific to this industry.”