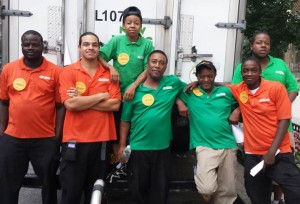 “The new raises in the contract will help to make ends meet,” said FreshDirect worker Carl Wong who lives in Brooklyn.

“These were not easy negotiations but workers are greatly satisfied with the results.  Improving wages and reducing benefit cost were paramount priorities. We couldn’t have accomplished this without the hard work of our members, the pivotal assistance of Bronx Borough President Ruben Diaz Jr. and the support of 18 Bronx elected officials,” said Mark Carotenuto, President of UFCW Local 2013.

More than 15,000 hardworking men and women are members of UFCW Local 2013 and work in the food production, warehousing and distribution, and health care sectors.