OUR Walmart Member Highlighted in Fight for Paid Sick Days 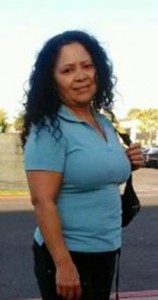 OUR Walmart member Maria Jefferson talks about the importance of workers having access to paid sick days.

OUR Walmart member Maria Elena Jefferson is featured in the August 25 issue of The Sacramento Bee. In the piece, Jefferson talks about her struggles working as a Walmart sales associate and trying to take care of herself and her family with Walmart’s sick leave policy. The article also advocates for the passage of a California bill (AB 1522) that would guarantee that workers like Jefferson could earn at least three paid sick days a year.

While Walmart may claim that the company has paid sick days, it only covers full-time workers. Walmart’s scheduling policy makes it difficult for workers like Jefferson to get full-time hours to be classified for paid sick days. She has tried for full-time work since she started at Walmart more than six years ago and is mostly only scheduled for 32 hours a week.

““All I want to do is stay home for a day and recover,” Jefferson said, “but I live in fear of asking for any time off.”

Walmart workers and shoppers will meet with California state legislators at the capitol this week, telling them first-hand why legislation that would guarantee workers in California a minimum of three paid sick days per year is needed for employees at the country’s largest employer.

OUR Walmart members will speak with state legislators about how proposed bill AB 1522 is a critical but also modest reform that will improve the lives and economic security for the millions of Californians with no paid sick days.