Workers at a Subway Sandwich Shop Vote to Join the RWDSU 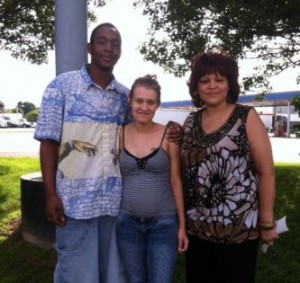 Workers at a Subway location in Bloomsbury, N.J., have voted in favor of joining UFCW/RWDSU Local 108. Workers were concerned about irregular wage increases, job security, and having a voice in the workplace.

“I am very relieved the election is over and very proud of my co-workers for hanging tough during the past three months of the campaign,” said Ashley Sprouse. “The company threw many roadblocks in front of us and hired an anti-union professional to scare us to vote ‘no,’ but we overcame this and were victorious.”

The 13 workers are employed by the Tennessee-based travel center company Pilot Flying J, but they all work inside the company’s Subway franchise at the rest stop. Pilot Flying J bills itself as “the largest non-traditional franchisee of the Subway brand,” with more than 150 locations at its travel plazas throughout North America.

In February, a group of cashiers, gas pump attendants, and maintenance workers at the same Pilot Flying J travel center in Bloomsbury voted in favor of joining the UFCW/RWDSU. After those employees voted to join RWDSU, workers at the Subway shop reached out to the union about getting a union voice on the job.

According to NLRB records, Pilot Flying J disputed the bargaining unit for the Subway shop, claiming that certain workers should be classified as supervisors ineligible for the union. The labor board ultimately ruled against the company, allowing the election to proceed.