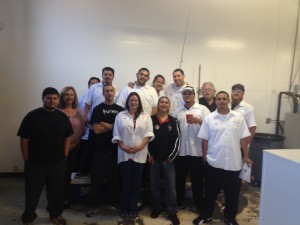 “We’re working towards a better future and this new contract is just the beginning,” said Beny Valencio, a chocolatier who has worked at Bhang Chocolate for more than two years.

“This union contract means everyone at Bhang Chocolate has a voice and everyone will be heard,” said

Becky Strider who has worked as a packer at Bhang Chocolate for the past four years.
Headquartered in Oakland, Calif., award winning Bhang Chocolate, is the premier medically infused chocolate company.

In the United States and Canada, UFCW is the union for workers in the cannabis and hemp industries. UFCW members in the cannabis industry work predominantly in dispensaries, coffee shops, bakeries, patient identification centers, hydroponics stores, and growing and training facilities.